This year’s conference will explore the theme “Social Simulation for a Digital Society” through stimulating cross-disciplinary research and using applied and methodological tools in a transforming society.

We’ve invited some of the top speakers from within the field, and from outside disciplines, to produce a scientific programme that will give you new and cutting-edge insights that can be applied to your daily work.

Cozy pubs, friendly locals and a city steeped in history; these are just some of the many reasons why Dublin is such a welcoming and fantastic host city for the 2017 Social Simulation Conference.

This is the 13th Annual Conference of the European Social Simulation Association (ESSA) which is the main European scientific society to promote social simulation and computational social science. This year’s conference will explore the theme “Social Simulation for a Digital Society” through stimulating cross-disciplinary research and using applied and methodological tools in a transforming society. 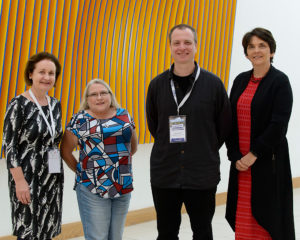 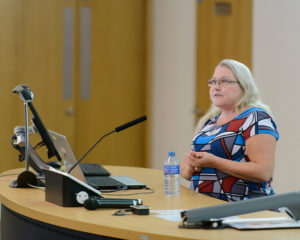 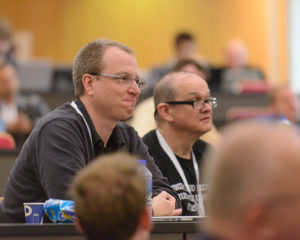 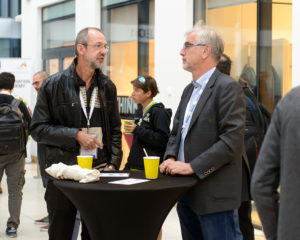 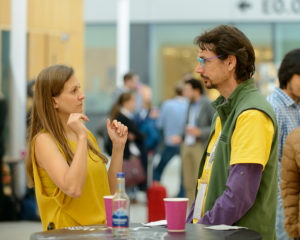 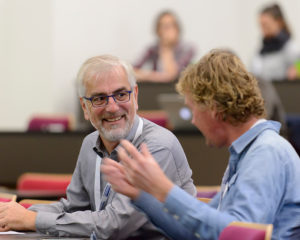 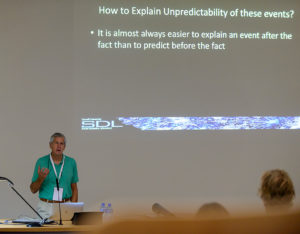 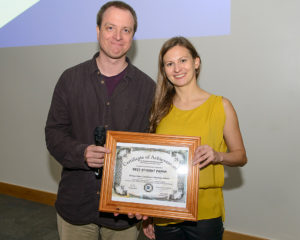 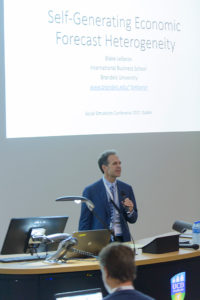 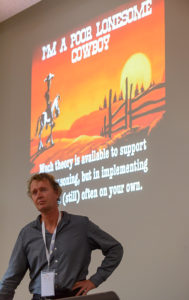 The conference topics include, but are not limited to, the following list. Unlisted but related topics are also acceptable, provided that they fit in the domain of Social Simulation.

The Social Simulation Conference 2017 will explore the theme “Social Simulation for a Digital Society” through stimulating cross-disciplinary research and using applied and methodological tools in a transforming society. We’ve invited some of the top speakers from within the field, and from outside disciplines, to produce a scientific programme that will give you new and cutting-edge insights that can be applied to your daily work.

Professor of Computer Science in the Institute for Software Research, IEEE Fellow, and Director of the Center for Computational Analysis of Social and Organizational Systems – Carnegie Mellon University

Dr. Carley’s research combines cognitive science, sociology, and computer science to address complex social and organizational issues. Her  most  notable  research  contribution was the establishment of Dynamic Network Analysis (DNA) – and the associated theory and methodology for examining large high‐ dimensional time variant networks. Her research on DNA has resulted in tools for analyzing large‐scale dynamic networks and various multi‐agent simulation systems. Her group has developed tools for extracting sentiment, social and semantic networks from social media and other textual data (AutoMap), simulating epidemiological models (BioWar), simulating covert networks (DyNet), and simulating changes in beliefs and practice given information campaigns (Construct). Her ORA system is one of the premier network analysis and visualization engines supporting geo‐temporal analysis of social network and meta‐ network data. It is used worldwide and at several of the combatant commands. Illustrative projects include assessment of IRS outreach activities, assessment of impact of NextGen on airline re‐rerouting, counter‐terrorism modeling, counter‐narcotics modeling, assessment of design of public‐health departments, mapping the global cyber‐attack network, and social media based assessment of crises such as Benghazi, Darfur, and the Arab Spring.

Education Dr. Carley received SB degrees in Economics and in Political Science from M.I.T., and a PhD degree in Sociology from Harvard University.

Honors Dr. Carley is an IEEE Fellow. She is the recipient of the Allen Newell award for research excellence. She has served as President of the North American Association for Computational and Organizational Simulation (2003‐2004) and of the Mathematical Sociology Section of the American Sociological Association (1999‐2000). She received the Lifetime Achievement Award from the Sociology and Computers Section of the ASA (2001). In 2011 she received the Simmel Award for advances in the area of social networks from INSNA and became a senior member of the IEEE. She has served as a Task Force Member of the Defense Science Board and of Geographic Information Science Panel of the Strategic Command. She has served on a committee and several panels of the National Research Council including ones on the military, big data, and geo‐spatial analytics and was a member of the DHS‐HSSTAC.

Blake LeBaron has a Ph.D. in Economics from the University of Chicago. He is the Abram L. and Thelma Sachar Chair of International Economics at the International Business School, Brandeis University. LeBaron was at the University of Wisconsin from 1988-1998, and also served as director of the Economics Program at The Santa Fe Institute in 1993. He was a Sloan Fellow, and is a recent recipient of the Market Technician’s Association Mike Epstein award. He currently directs the Economics Ph.D. program at Brandeis, and is part of a Brandeis interdisciplinary research and teaching group interested in modeling dynamics in a wide range of fields.

LeBaron’s research has concentrated on the issue of nonlinear behavior of financial and macroeconomic time series. He has been influential both in the statistical detection of nonlinearities and in describing their qualitative behavior in many series. LeBaron’s current interests are in understanding the quantitative dynamics of interacting systems of adaptive agents and how these systems replicate observed real world phenomenon. Also, LeBaron is interested in understanding some of the observed behavioral characteristics of traders in financial markets. This behavior includes strategies such as technical analysis and portfolio optimization, along with policy questions such as foreign exchange intervention. In general, he seeks to find out the empirical implications of learning and adaptation as applied to finance and macroeconomics.

Michael Macy (B.A., Ph.D Harvard; M.A. Stanford) is currently Goldwin Smith Professor of Arts and Sciences at Cornell and Director of the Social Dynamics Lab, with a dual appointment in the Departments of Sociology and Information Science. With support from the U.S. National Science Foundation, Minerva Initiative, the National Research Foundation of Korea, and Google, his research team has used computational models, online laboratory experiments, and digital traces of device-mediated interaction to explore familiar but enigmatic social patterns, such as circadian rhythms, network topololgy and economic opportunity, lifestyle politics, the willingness to “pay it forward,” the mesh of civilizations, the spread of complex contagions, the polarization of opinion, segregation of neighborhoods, the emergence and collapse of fads, the spread of self-destructive behaviors, and the critical mass in collective action. His research has been published in leading journals, including Science, PNAS, Nature Human Behaviour, American Journal of Sociology, American Sociological Review, and Annual Review of Sociology.

Here is the podcast with interviews with Michael Macy

For his work on social network analysis Van de Rijt won the 2010 Freeman young scholar award from the International Network for Social Network Analysis. In this research, he has used social simulation to study the properties of networks that emerge if agents follow certain decision rules when forming and severing network ties.

In more recent work, Van de Rijt’s focuses on rich-get-richer dynamics. Using formal models and simulation he studies the conditions under which small, random differences in early success between people can with time, through positive feedback, grow into large gaps between the successful and unsuccessful. He tests these models using large-scale online experiments. This work is funded by NSF grant $275,000 “Field experiments and formal models of arbitrary inequality” of which van de Rijt is the sole PI.

RTI International is an independent, nonprofit research institute dedicated to improving
the human condition. Clients rely on us to answer questions that demand an objective and
multidisciplinary approach—one that integrates expertise across the social and lab.
For more information, visit www.rti.org.