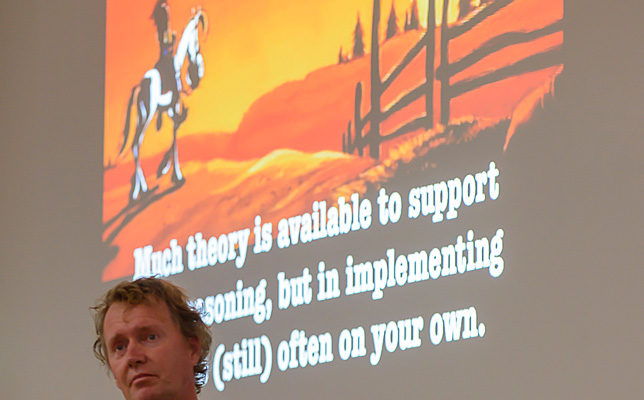 A chocolate-friendly meeting in Rome, 22 Sept 2016

The Sixth ESSA Summer School in Social Simulation continued the great tradition of our schools by engaging about 30 senior and junior researchers in a creative, intensive week of collaboration

Students and teachers at the Manufacture des Tabacs, Toulouse, France, on 2-6 July 2012

ESSA Conference 2011. A fantastic context for the social dinner!

The origins of one of the most successfull, vital and stimulating initiatives of ESSA!

ESSA has become the most important hub of social simulation worldwide. By collaborating with CSSSA, the Computational Social Science Society of the Americas, and PAAA, the Pacific Asian Association for Agent-based Approach in Economic & Social Complex Systems, ESSA has promoted international initiatives to build a bridge between regional groups and associations.